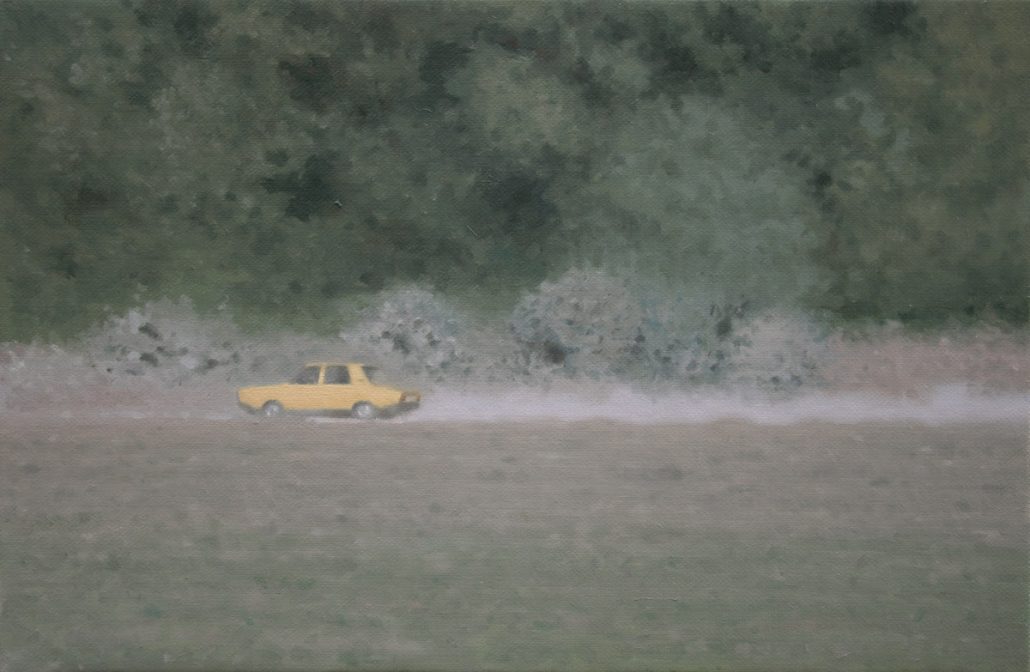 Picasso once said, ‘Art washes from the soul the dust of everyday life.’ It could be argued, however, that art collects and transforms the dust into enduring images of the soul that transcend everyday life. This is precisely what Șerban Savu does in his portraits of daily routines in his native Romania – a place where dust, ashes and other residues of the Communist past still shape a phantasmic present.

1989 brought the end of the Cold War. It was followed by the collapse of the Soviet Union, regional and civil wars, neo-liberal capitalist reconstruction and the reterritorialization of Eastern Europe. In Romania, hundreds of shopping malls, banks and villas mushroomed on the ruins of train stations, cinemas and factories. Thousands of workers – ex-farmers displaced from rural areas to the socialist towns built after the 1960s – reinvented themselves as small traders based in their flats, or strawberry pickers in Spain. The ashy urban landscape designed by Ceausescu turned into a luxuriant jungle, with massive rusting overground water and gas pipes competing with flashy advertising signs. The new grammar of life has not only changed the physical environment in Romania, but also human relationships and ways of communicating, prompting a fervent search for meaning and new modes of existing.

Savu’s paintings portray this reality in ways that confront viewers’ attitudes towards the fabric of everyday life in Romania. He captures a sense of the current urgency within Romanian society to address spaces for living in all this turmoil: places for picnicking, even if in communal gardens between blocks of flats; places for bathing or fishing, albeit in urban waterways; or places for walking and playing, whether a derelict industrial site or a car park. Savu records such episodes as well as vistas of socialist architecture and anonymous workplaces, where people with unknown identities perform indistinct activities. Ironically, the Communist censors would probably have approved of most of Savu’s paintings, and Socialist Realism would have appropriated them as ‘concrete representations of reality in its radical development’ or as means to ‘elevate the common people’, to create what Lenin called ‘an entirely new type of human being’, ‘the man of the future’.

However, Savu’s aim is the complete opposite: to question what the ‘new man’ of the new order is and to inspect overwritten myths that have shaped the post-socialist environment. To make his works, he takes photographs as inspiration, using them as his point of departure for painterly co-relationships of colour, gesture and texture, often developing a composition from a number of source images. Both contemporary and yet strangely timeless, Savu’s paintings are born from observation and experience, images that reveal the overlooked whilst offering chance for Romania to reflect and take stock of its past, present and future.